Home » My Research Trips » There and Back Again: A Tale of Visiting Dorset

There and Back Again: A Tale of Visiting Dorset

Despite having lived in Devon for the last six years and having had a Dorset born-and-bred girlfriend for three of those, my general knowledge and experience of Dorset is actually shamefully poor. Because of this, sourcing museums that might have Bronze Age metal artefacts has relied a lot on word-of-mouth (special thanks go out to Kate Verkooijen and Robyn for answering my pitiful question: “so what are the big towns in Dorset?”) and last week, armed with my trusty camera, a set of calipers and my steadily-dying laptop, I crossed the border from Devon into Dorset to explore the treasures held at the Russell-Cotes Art Gallery and Museum (RCAGM), Bournemouth, and Blandford Town Museum… 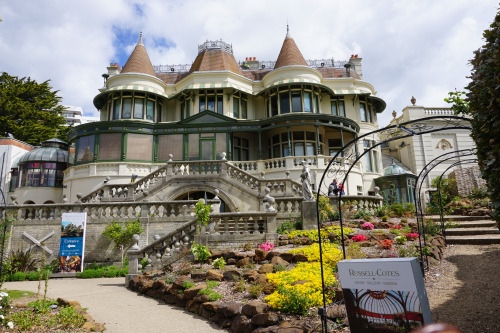 The Russell-Cotes Art Gallery and Museum in Bournemouth is easily one of the nicest museum buildings I’ve ever been to. Its peaked roof towers, elaborate external mosaic staircases, countless windows and stunning garden meant I spent about five minutes outside taking photos before I realised I should probably go inside and get to work.

If only it had a good view too…

It’s a shame this wasn’t where I was supposed to be. The RCAGM is of course primarily an Art Gallery and when I went in I was kindly redirected and led to the Study Centre/Museum store, which was slightly less glamourous.

There’s a restaurant kitchen next door and this place smelled amazing.

I clambered through the locked gate, climbed the stairs behind the cargo crate, and rang the buzzer. The curator, Duncan, welcomed me in warmly and led me into the dark depths of the museum stores past teetering boxes, shelves upon shelves of objects from all periods, and a whole collection of artefacts that I’m sure would have entertained me for days. 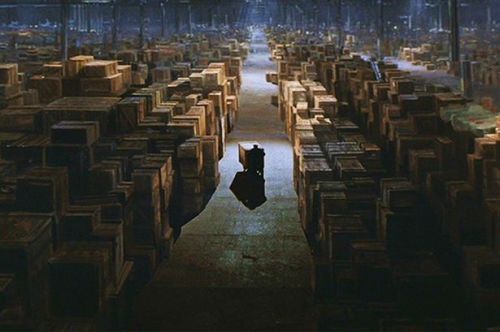 I kept my eyes peeled for the Ark

Alas, I was here for only one object, a Middle Bronze Age palstave (a form of flanged axehead) that had been found on Southbourne beach a few years ago. I had no drawing of this artefact so I was visiting it on the hope that it might bear signs of destruction (and because I’ll take any excuse to visit a museum).

Unfortunately, it didn’t. It was a complete specimen apart from a broken hafting end, likely to have been damaged through use in prehistory resulting from its poor casting. The blade was unusually wide and it had been cast asymmetrically, no doubt reflecting the difficulty of producing an accurate mould for an object without specific measuring tools.

Nevertheless, another day, another axehead. There’s about 1600 in the South West so you’ll no doubt be sick of them by the time I’ve finished my PhD – I’ll try not to dwell on them too much! I parted ways with Duncan, who merrily chatted to me throughout my visit, throwing up more questions for me to answer (Watch this space: there’s a mystery of missing palstaves to be solved!), and wandered out into Bournemouth for the day.

I’d never heard of Blandford Forum before, and even now I can’t really remember why I got in contact with them in the first place. I have no record of them ever having any Bronze Age metal objects and their museum website gives only limited indication that they have prehistoric objects – I suspect the reason I came across it at all might have been following a suggestion by Robyn. However it happened, that’s where I ended up. It’s a relatively small town sat somewhere in Dorset, and reminds me a lot of Ludlow (my home town in Shropshire). It’s not quite as old as Ludlow – Blandford Forum is mostly Georgian, rather than Tudor – but it has a quaint market in a square at the foot of a church and lots of antique shops, local produce stores, charity shops and cafes. 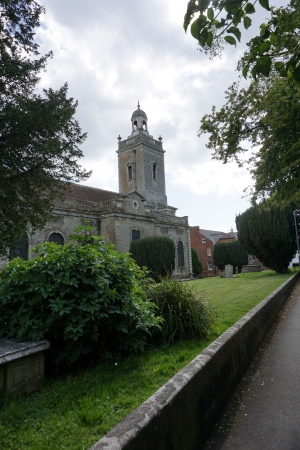 Blandford Town Museum is squeezed in a death-defying gap in a row of terraces, which my car narrowly scraped through, revealing a museum perk I’d never had before: a parking space. I know I’m meant to be writing about the Bronze Age objects I’m studying, but a parking space at a small town museum is a rare thing that cannot be understated! Moving on…

I wasn’t sure what I was going to see – the curator, Peter Andrews, had simply informed me by email that they had Bronze Age metalwork for me to look at. These turned out to be a fragment of a small knife, a nail-headed pin and a palstave (horray more axes!), plus some storage boxes in the backroom labelled “Pre-Roman” and “Archaeology”, which I was welcome to peruse. These contained a whole load of flint artefacts, a replica of a Bronze Age sword and a Roman bronze bracelet hoard.

I know what you’re thinking: best episode of Cash In The Attic EVER! 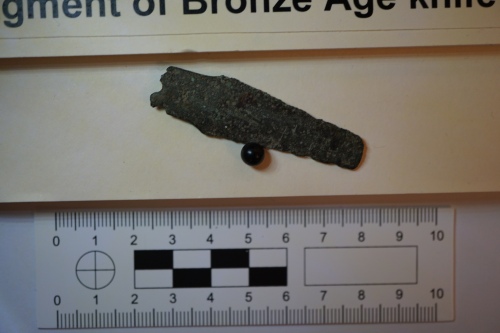 A tanged and riveted knife fragment

The small knife had been at the museum as long as anyone could remember, possessing no provenance and, having been unfortunately glued to a foam platform, examining the object was rather difficult. The fragmentary nature did not appear intentional, however, especially given the very thin nature of the artefact. The second object, a Late Bronze Age nail-headed pin, was found during excavations of Knighton House, near Blandford. It was complete, but quite bent – a common feature of Bronze Age pins. Once again, it’s unlikely this was deliberate. Even if it was, I have no way at present of proving it (a huge methodological problem, which I spend most waking hours trying to solve! All suggestions are welcome!) And the final object, the palstave, had been found during excavations on the Blandford bypass, which threw up loads of material from several periods, though perhaps the most interesting thing was the complete skeleton of a Bronze Age dog!

Can’t beat axes and bones (and for those of you of the bone inclination, I whole-heartedly suggest you check out Emily Johnson’s blog – a fellow PhD despairer studying LBK animal bones)

The palstave was totally complete, with signs of having been used, but clearly not to the point of failure.

So all in all, I’m not doing well finding deliberately destroyed objects. Quite honestly, at the smaller collections I’m not expecting to find ground-breaking examples. At the moment I’m just trying to get familiar with all my equipment again and get my eye back in to looking at Bronze Age things. Then I’ll be ready for the big-time (the county museums!) It’s going to be a few weeks until my next museum visit though. “No!” I hear you cry, “How will we cope without your pictures of axes?” Never fear, my next blog post isn’t far away: brace yourselves for upcoming exploits in Italy involving stone, metal and fire. 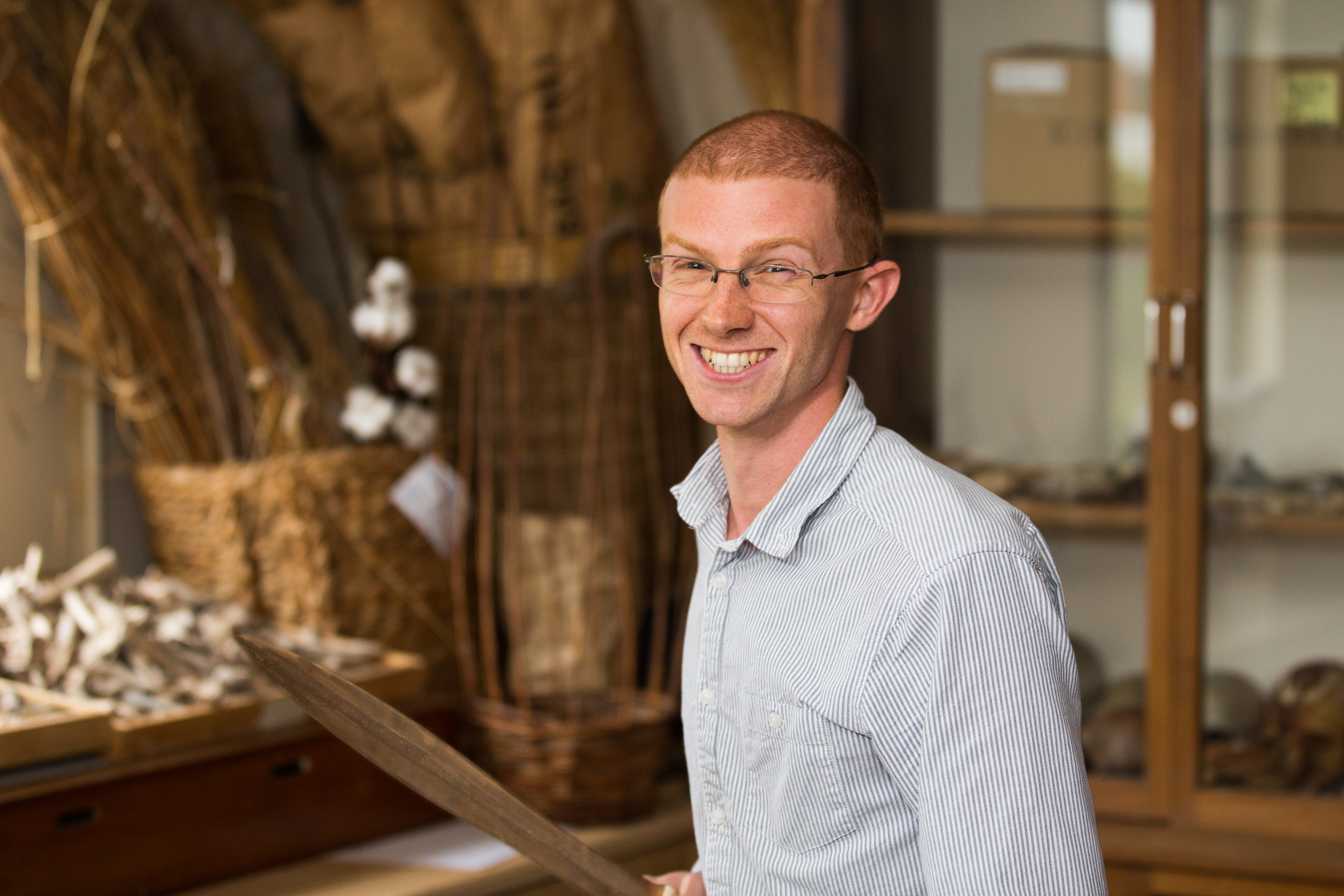