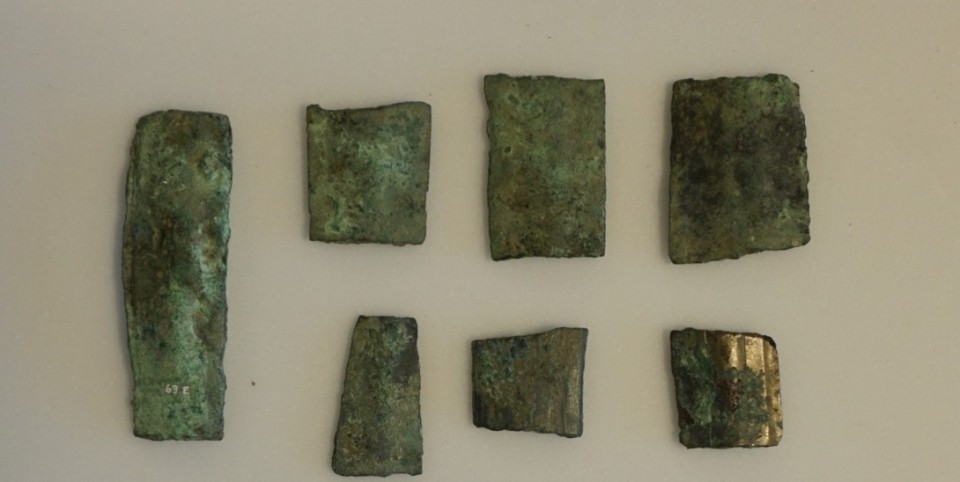 Earlier this month I received an email from Doug’s Archaeology inviting me to contribute to a Blog Carnival hosted through his blog site. Inspired by a survey of archaeological opinion a few years ago, Doug has posed the question: “What are the Grand Challenges facing YOUR archaeology?” This is an incredible difficult question to respond with just a single answer – heck, it would be difficult to respond with only ten answers! – so I thought I’d tackle it two-fold with the things that dwell on my mind most. Firstly, with a more general response that I think most archaeologists would also agree is a “Grand Challenge” we face on an almost daily basis: the warped popular perception of Archaeology. And secondly, with an answer more specific to my own project: how best to destroy things. This post relates to my first answer. If you agree with these challenges faced by Archaeology, please share and/or retweet using #blogarch.

So where’s your whip?

I remember my first lecture as a fresh-faced archaeology student, young and eager, not yet disillusioned to the woes of my chosen career path, waiting for my lecturer to load his powerpoint. On the screen, two photos loomed large: a sexy determined Lara Croft, guns strapped to her thighs, alongside a dashing Indiana Jones shirt hanging open, whip in hand and fedora firmly in place.

“This is not archaeology”, he announces firmly.

It’s a phrase I find myself repeating on a regular basis.

My path as firstly a student, and increasingly now as a teacher, is forever battling with this Hollywood stereotype of an archaeologist. TV documentaries likewise often do more damage than good, establishing a false ideal, that while encouraging more students to take Archaeology at degree level, results in many realising it’s not the glam and glory of treasure hunting, tomb raiding, or even the three days intense digging that Time Team portrayed. A study back in 2000 by the Society for American Archaeology (SAA) found that 56% of those people asked learned about archaeology from TV, which is increasingly dangerous with the fluctuation of ludicrous “archaeology-based” shows – most notably in recent memory the Channel 5 reality shows 10,000 BC and Battlefield Recovery (formerly Nazi War Diggers). Viewers are presented with either a version of grave-robbing archaeologists, or an inaccurate depiction of what we know about the past. I should note of course the numerous excellent documentaries of archaeology on British TV, such as Digging For Britain.

Nevertheless, the endless days spent standing in a cold, wet field finding nothing of interest are conspicuously absent from the screen time, as are the countless hours spent doing desktop survey work researching sites before you ever get near them with your trowel. That said I equally wouldn’t want to watch a show about a weary-eyed PhD hunched over a desk highlighting notes in books and occasionally dunking a chocolate bourbon in his tea.

Though I do occasionally wear a fedora

I’m by no means contesting that this is all bad. If people are gaining knowledge about archaeology from TV shows, then I’m thrilled they are at least engaging with my passion. What I feel we are challenged with is a barrier that still exists between what archaeologists actually do and what people think we do. Even nearly 3 years after it was taken off the air, I’m still asked “So is what you do like Time Team?” Which ultimately is a huge testament to what that TV show did for the profession.

The SAA survey also found that 33% of people further learned about archaeology from magazines and 24% from newspapers. This information needs massively updating of course, but it at least starts to gauge how people are learning about our profession. With the advent of the internet, one would assume that these percentages for magazines and newspapers would have transferred into a digital sphere, through both news sites and social media platforms, as well as video games, which are increasingly including Archaeology as an element of gameplay (e.g. World of Warcraft).

Media headlines are perhaps my favourite corruption of archaeological data, usually presenting a sensationalist version of events, linked with an image that has little or nothing to do with what was actually found.

The main reason for this is, of course, because they want to sell stories. It is clear in many cases that journalism simply does not understand archaeology.

It is equally clear that archaeology does not understand journalism.

And perhaps this, more than anything, is the challenge we are facing, or at least the one we can do most about.

Hope for a better tomorrow

I sincerely doubt Hollywood will ever stop making films about daring archaeologists, reading from the Book of the Dead or fleeing from booby-trapped boulders (in fact, with the recent announcement of another Indiana Jones film, I can guarantee it!) Nor will TV shows stop focussing on the “exciting” bits of archaeology.

But with the increased popularity of Archaeology-specific magazines (e.g. British Archaeology and Current Archaeology), as well as archaeologists taking newstelling into their own hands through online platforms, whether that’s as a Tweet, a blog post, or open access article, the perception of Archaeology can and is steadily being shifted. For instance, the archaeological Twitter reaction to Battlefield Recovery made headlines, highlighting to people beyond the Archaeology coffee break that this is not how things should be done. And this gives me hope that we might actually be able to combat this particular challenge.

Maybe one day, people will also stop asking me if I study dinosaurs.

A massive thanks to Doug for hosting this blog carnival and encouraging me to think about key problems we still face in Archaeology.

By mgknight21 in PhD Musings on January 25, 2016.
← Why #Museumselfie Day is good for everyone Archaeology Grand Challenges Pt.2: How to destroy things best →