In 2007, the Archbishop of York made a symbolic act of destruction by cutting up his dog collar in protest to the rule of President Mugabe in Zimbabwe. He argued that Mugabe had “taken people’s identity” and “cut it to pieces”, and in response he cut up his own identity (i.e. his dog collar) on the Andrew Marr Show.

With the end of Mugabe’s reign two weeks ago, the Archbishop was invited back onto the Andrew Marr Show and presented with the cut-up fragments of his dog collar from ten years previously. When discussing the idea of putting the fragments back together, the Archbishop said:

“I could attempt to put this one back together using superglue, but it would be a pretty ropey collar. And I actually think the message for Zimbabwe is the same. They just can’t try and stitch it up. Something more radical, something new needs to happen.”

This event neatly coincides with me writing about the destruction of objects and identity in the Bronze Age so I couldn’t help but latch onto a story that so explicitly links destruction and identity. It also gives me a nice opportunity to look at destruction in the modern world and why we destroy things… Because let’s face it, everyone destroys things.

The beauty of destruction is that it’s done for a whole variety of reasons. It can be passionate, evocative, and chaotic, or a controlled act of carefully planned processes. People will burn love letters to eliminate remnants of their pasts, or break things in rage. Houses are torn down with bulldozers and sledge hammers. Piñatas rely on the act of smashing open a container (traditionally a horse) to get at the sweets inside. Similarly, you can buy piggy banks that you can’t access unless you smash them open. 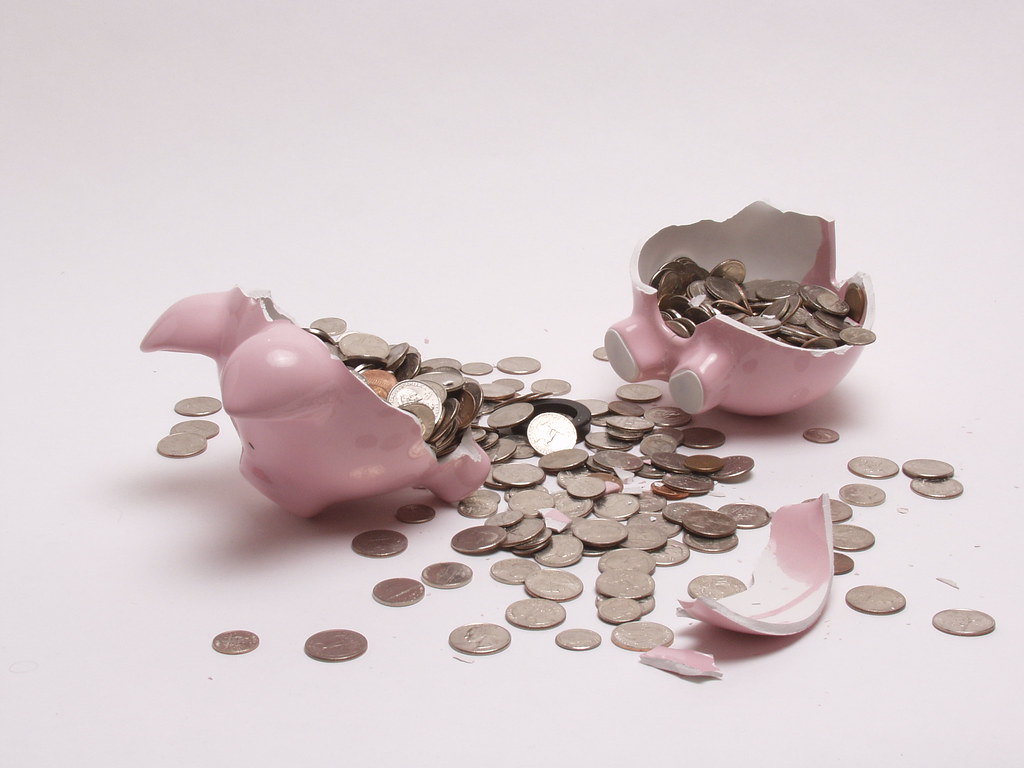 Destruction of property, such as graffiti and vandalism, is often done as a political message. People will often burn or break objects, possessions and property as part of protests and to counter injustice. Cultural heritage is frequently destroyed to control perceptions of the past – this was a key tactic by Adolf Hitler, and numerous other regimes across the world, recently by ISIL in the Middle East.

Destruction of objects is frequently linked with death. For instance, traditionally the Papal ring (aka the Ring of the Fisherman) is hammered and broken upon the death of a Pope by the Cardinals. However, upon the resignation of Pope Benedict XVI in 2013, the ring signet was chiselled and cut, but not broken. The act of defamation was symbolic enough. Ethnographic studies have shown that in small scale and non-literate societies, the destruction of a person’s possessions upon their death is frequently done to sever links with the dead. However, in some cases objects representing the person are broken and pieces of the objects are kept by members of the living to maintain links with the dead.

Destruction is also linked with other rites and rituals. It is well-known that glasses are broken at Jewish marriage ceremonies – this is a symbolic act to remind the couple that relationships, like glass, are frail but by breaking the glass they are ensuring the marriage should never break. Similarly, plates were traditionally smashed at Greek weddings to symbolise new beginnings. Likewise, a bottle is smashed upon a boat to launch it as a christening act and a sign of good luck.

All this shows that there are multiple ways in which destruction might be utilised for a variety of purposes and there’s many more that I could explore throughout history. It’s interesting to see how intrinsic destruction is to our own society, and we should be thinking about the past in the same way. Bronze Age destruction occurred in many different ways and clearly for many different reasons; some may have been related to protests, or as part of rituals and ceremonies, or for purely practical reasons (such as recycling). Daggers were burned with bodies, pots were smashed in ditches, and houses were burned down. We’ll never know the full reasons behind these acts, but people didn’t act randomly. They destroyed things in response to what was going on around them, much like the Archbishop and his dog collar. In this sense Bronze Age people aren’t too different from us, which I think makes the topic of destruction all the more interesting and engaging.

By mgknight21 in PhD Musings on December 3, 2017.
← Creative Destruction